Disenfranchisement as a means of political suppression in post-revolutionary Egypt 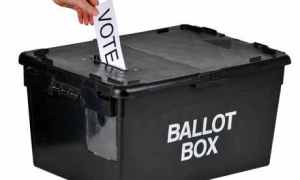 In an article, published on Voice of America’s Middle East Voices, I discuss the problem of disenfranchisement, or the act of preventing a citizen from voting, and concerns that it may be used as a means to undermine democracy in post-revolutionary Egypt.

My article is based on an earlier report published by Aljazeera which deliberates over the growing concern that Egypt’s police are preparing a list of names identifying people who have been prohibited from voting due to past criminal convictions. The problem is this list would also include political prisoners who, according to Egyptian law, are registered alongside lawbreakers.

In my article I highlight the difficult relationship between Egyptians and their security apparatus as well as Egypt’s long history of police brutality. I also discuss the problem of disenfranchisement in general and why it is dangerous for a fledgling democracy such as Egypt.

You can read the article here (VIEWPOINT: In Post-revolutionary Egypt, Police Determine Who Will Vote). Please leave a comment on VOA’s website. Thank you!