“All art is propaganda; on the other hand, not all propaganda is art.” (George Orwell) 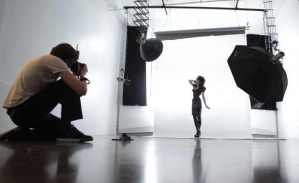 A young Egyptian girl, Aliaa ElMahdy, who claims to have among the protesters in Tahrir Square, posted naked photos of herself and a male friend on her personal blog. She calls this section of her blog “nude art” and displays the photographs behind a disclaimer. The backlash as intended was nothing short of a disaster.

As a physician by practice, nudity doesn’t really shock me. As a Muslim who was brought up in a relatively conservative family I understand the concerns of many fellow Egyptians. It raises some important questions.

First of all I’m not here to defend what Aliaa did. Aliaa also insults Islam in several of her comments,therefore I’m not a great fan of hers. Aliaa claims to be exercising her rights and that’s what I want to focus on here. At the heart of this debate is the difference between natural rights and legal rights. For a brief glossary please refer to my article: Natural Rights, Human Rights, Legal Rights, Civil Rights

Is this what happens when you give people their freedom?

The question itself contains a fallacy. We don’t GIVE people their freedom. People are BORN free. The challenge is how people choose to use that freedom. Freedom comes with many headaches because of what people do with it.

Because rights are not granted, it is in our interest that no one takes them away from us. That is what we mean when we say we defend our natural rights. However, that does not mean we can’t oppose the act. We need to be cautious when someone uses his/her rights to do something we may consider stupid or wrong. The more laws we create and enact, the more powerful and potentially abusive our government becomes and the less free we all become as a result. Bearing in mind that laws are tricky: the more specific the laws are, the easier they are to challenge; the less specific they are, the easier they are to abuse (by government).

Does Aliaa have any natural rights to display nudity?

As a human being she has a natural right to freedom. She can do whatever she wants with it. That’s something she’s had since the day she was born. No one can take that away from her. That’s what Rights Advocates mean when they defend someone’s rights.

In her blog, Aliaa alludes to her natural rights here…

“Freedom and limits cannot be put in one sentence. Individual freedoms should not be restricted by social norms … Humans are humans anywhere in the world and have the same rights.”

Does Aliaa have any legal rights to display nudity?

In contrast to natural rights, legal rights differ from one region to another and reflect their specific cultures and governments. Legal rights are enumerated in constitutions, in statutes (by a legislative body), in case law (especially in countries with a common law tradition), in treaties, and in administrative regulations.

Miss Aliaa seems fully aware that the way she is using her natural rights may be at odds with her legal rights in her country. She states that she knows she may become imprisoned / ostracized from her community as a result of her actions.

Of course not! It’s not meant to be acceptable, especially in a conservative country. Both Christians and Muslims in Egypt will find the whole concept offensive and that is the whole point.

Public nudity has been used to attract attention to a particular cause such as anti-War campaigns “Naked For Peace”, and animal rights campaigns “I’d rather go naked than wear fur!” Of course those protests, and these campaigns do not reflect our conservative society, please read on…

Cultural and legal acceptance of public nudity varies regionally. What constitutes indecent exposure depends on the standards of decency of the community where the exposure takes place. For example, breastfeeding in public does not constitute indecent exposure under the laws of the United States, Canada, Australia, or Scotland.

In Europe, the Sexual Offences Act 2003 is worded to allow skinny dipping, nude sunbathing, and similar activities. It applies only to genital exposure with intent to shock and comes with a maximum penalty of two years’ imprisonment. Australia and Canada have similar laws.

In the United States, obscenity laws (e.g. pornography) raise issues of limitations on the freedom of speech and of the press which are otherwise protected by the First Amendment to the Constitution of the United States. The Supreme Court has found that obscenity is an exception to the constitutional rights under the First Amendment, and is usually limited to content that directly refers to explicit sexual acts that are publicly accessible, though it has at times encompassed other subject matters, such as spoken and written language that can be publicly transmitted and received by the general public.

What should we do with Miss Aliaa?

Just as liberty comes with its headaches, it also comes with it’s advantages. Since democracy allows self-rule we get to call the shots. So, what do we do with Aliaa. The answer: There are several options. In the end it all depends on the country you want to live in.

If you want to live in the Middle Ages you’d burn her at the stakes, stone her to death or something to that effect.

If you want to live in an advanced, more powerful country you’d consider legislation. Depending on how much of YOUR freedom you want to give up in order to prevent similar incidents from happening in the future, you can empower government to create and enact new laws that restrict that kind activity happening again.

If, however, the public finds all this too offensive, she is entitled to a fair trial in which she would be able to make her case.

What I find incredible is the extent to which these young individuals are willing to to go to make their point. From what I gathered Aliaa, is barely twenties. Surely, we need to make decisions that reflect public culture, but we need to choose them sparingly and wisely. Many of us have lived abroad and even though nudity is more tolerated and their culture differs from ours, it has not affected our own values or religious commitments. Egyptians need to be brave and mature when dealing with challenges like this in the future.