Egyptian election problems and how exit polls can help 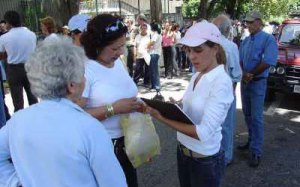 As Egypt votes for the first time after the ousting of President Mubarak, many are worried about election fraud. There are good reasons for concern. Egypt has a long history of systematic vote rigging. Many of those who administered fraudulent elections in the past remain in their jobs. The military council has barred most foreign poll monitors from supervising the election, citing the need to protect Egypt’s sovereignty. Other concerns include an extremely complex electoral law, limited resources of the High Electoral Commission (HEC), the participation of members of the corrupt NDP.

More importantly, the choice to space out the election is extremely dangerous. If the results are not released right away, the possibility of fraud is magnified. If on the other hand the results are released immediately during the long ongoing elections, the announced results can influence the choice of the electorate. From my understanding the HEC has opted for an approach which combines the worst of both scenarios. It will announce the results from the individual candidate list set and defer the results from the list-based sets till the end of the voting process.

How can exit polls help?

In my opinion, the importance of conducting exit polls during the Egyptian election by an experienced independent firm cannot be understated. An exit poll is a statistical sample of voters taken immediately after they have exited the voting stations. It aims to predict the outcome of an election by asking whom the voter actually voted for. Exit polls are a well-known and useful check against election fraud. This is done by comparing them to official results when they come out later. The polls can also be used as an estimate for the degree of election fraud.

One example is the Venezuelan recall referendum of 2004 to determine whether Hugo Chávez, the current President, should be recalled from office. The Coordinadora Democrática , a coalition of opposition parties, commissioned an American firm to conduct an exit poll. By showing an opposite result to the official voting data the exit polls alerted authorities to the possibility of election fraud and led to an independent audit that reviewed the results of 150 randomly selected election sites. In the Ukraine, similar polling led Viktor Yushchenko and his supporters to claim the presidential election was rigged and resulted in what became known as the “Orange Revolution”.

Exit polls are also used to collect demographic data about voters and to find out why they voted as they did. Since actual votes are cast anonymously, polling is the only way of collecting this type of information.

Notwithstanding their many advantages, exit polls have their limitations and as with any statistical sample are accompanied by a margin of error. However, due to the very high turnout in Egyptian elections, an exit poll would sample a large amount of voters leading to an extremely low sampling error. Typically about 1000 responses are seen as adequately representative of most opinion polls.

Again, one of the criticisms of exit polls is that announcing their results can influence the choice a future voter makes. In the case of Egypt’s elections, as explained earlier, the risk of influence would be magnified exponentially since the voting process is extended over four months. This problem can be overcome if the results of the poll are withheld until the official results are out and then compare the two. If there’s a large discrepancy between them one should consider the possibility of electoral fraud.