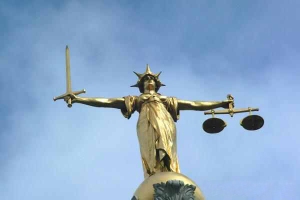 Egypt’s military rulers approved Egypt’s first explicit anti-discrimination law this Saturday. The announcement comes a week after clashes between Coptic protesters and the military resulted in the death of more than twenty Christian protesters.

The amendment to Egypt’s Penal Code prohibits all forms of discrimination on the basis of gender, religion, language or ideology. Discrimination was defined as “any action, or lack of action, that discriminates between people or against a sect due to gender, origin, language, religion or belief.” Offenders face fines of up to 100,000 Egyptian pounds (16,600 dollars) and up to three months in prison.

Coptic Christians, who comprise approximately ten percent of the population, have repeatedly complained of societal as well as legal discrimination. The new law has been under consideration since June this year when the government appointed a Ministerial council to draft the amendments. Several prominent Egyptian rights groups have also contributed. However, some have expressed reservations, claiming that it will take more than new laws to curtail the rising sectarian tension in post-Mubarak Egypt.

Anti-discrimination laws have always been at the center of controversy. One opinion holds that “you can’t legislate morality.” Laws alone are rarely enough to overcome cultural predicaments. Another argument sees these laws as a violation of individual liberty. While that may paradoxically seem like condoning the “right to discriminate”, it’s actually based on the premises that the more we limit government interference into the lives of individuals the better off society becomes. In fact that is the view held by many classical liberals, which I identify in this article.

If we take the US as a historical example, many US citizens including many of the Founding Fathers refused to ratify the first US constitution until a Bill of Rights was included. What resulted was a series of 10 Amendments designed to protect individual liberties from government abuse. By comparison, it took almost 200 years (1964) to approve the Civil Rights Act including anti-discrimination laws and it still remains a controversial topic.

In contrast to the view held by many of my liberal peers, I actually support a “cautious” role for government in protecting against discrimination. This, in my opinion, is very important in societies where there is a real risk of segregation. In Egypt there are many disturbing signs of an increasing split between Muslims and Christians. In such a case it is helpful to break habits and set limits.

However, what worries me is that the anti-discrimination law is being implemented prior to the implementation of a new constitution or a bill of rights.  In a constitutional democracy, the purpose of the constitution is to set limits on the authority of the government. This is usually enshrined in a bill of rights, which emphasizes the universal rights of individuals and limits the State’s ability to interfere with these rights. For example, government would not be able to limit an individual’s freedom of expression or imprison an individual for criticizing the State. Please see my article on Maikel Nabil. The government would not be able to impose certain religious practices on its subjects. Without setting constitutional limits on the government, the new anti-discrimination law can ironically be abused by those in power as an excuse to clamp down on opposition.

At best the new law can be seen as a goodwill gesture to calm nerves after last weeks violent clashes between Coptic protesters and the army. But the Egyptian government needs to do a lot more if it wants to curb sectarian tensions. Recently, the U.S. Commission on International Religious Freedom has added Egypt to its list of countries deemed worst for religious freedom violations. Discrimination against Copts is enshrined in Egyptian law. In contrast to Muslims, Copts are not allowed to build houses of worship without presidential permission. The caretaker cabinet says it is currently considering issuing another law to ease restrictions on church construction. Disputes over building churches have so far resulted in the death of at least 30 people this year alone.

Another thing that continually worries me is this unabated trend of issuing new laws by the interim government in the absence of an elected parliament. While some electoral laws are seen as mandatory for the transition towards democracy others should clearly wait for a representative legislative body to debate and enact them.

Egyptians need to be aware that while the new anti-discrimination law is a welcome gesture and hopefully an indicator of a commitment to sincere change, much more needs to be done to avoid the impending danger of sectarianism in Egypt. Moreover, enacting new laws that legitimize government interference in the name of fighting discrimination before setting a bill of rights to set limits and checks on the relationship between the individual and the State, may be a step in the wrong direction.